What is the real Mary Kings Close in Edinburgh (art) 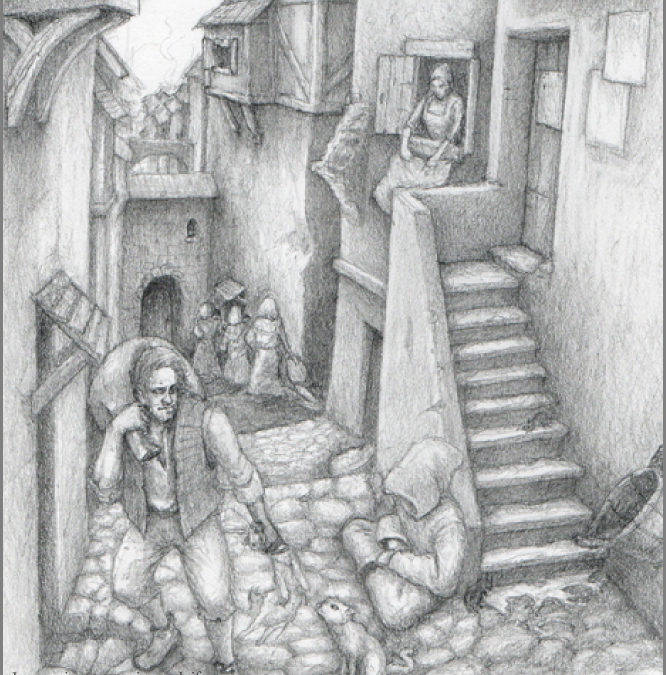 What is the real mary kings close Edinburgh – The Real Mary King’s close in Edinburgh is a “close” in a historic part of Edinburgh on the Royal Mile. The close was partially demolished and the foundations of the Royal Exchange was built upon the close’s top.

The close, most likely due to the fact that it is a steep hill – was not levelled down the ground level.

Many of the old buildings still remain beneath the Royal Exchange’s foundations with open doors and cavernous dark windows opening onto the hidden street below.

It is a dark and mysterious place. Natural daylight has not touched the cobbles of Mary Kings Close for centuries once it was hidden and used for part of the construction of the Royal Exchange.

About the Real Mary King’s Close

Mary’s Kings Close in Edinburgh is both historically fascinating as it is haunting. I was told of tales of ghosts, poisonous wallpaper (yes really) and various other stories from its lively past.

Based on the information from the tour I undertook from a visit to Mary Kings Close I illustrated a picture inspired by my visit.

With past commissions being involved in history and historical topics, I need to draw a depiction of Mary King’s Close.

What is the real Mary King’s Close in Edinburgh? For me, It was a place of haunting fascination and creative inspiration for my artwork.

This pencil drawing for the Real Mary King’s Close was inspired by how I would have imagined an unburied street from all those years ago. (1650’s)

A bustling area filled with action and activity. The man in the drawing (sack carrier) is walking up the steep hill with a recent purchase for rabbit stew or rabbit broth. The sack is potentially filled with potatoes.

The Close was also situated near an old Loch bottom of the hill that has since been turned into gardens.

If you are unfamiliar with Mary King’s Close, it was built on a very steep hill on the Royal Mile. Hence, in the drawing, you see the street vanishes somewhere at the bottom.

It is my belief, that the fact that it was built on the hill, is in part why the real legend exists to this day.

Mary Kings Close was fascinating and inspirational to me.

Being generally interested in historical fiction, secrets, and folklore how could possibly resist not drawing the street scene from the old town?

Thank you Edinburgh and thank you Mary King’s Close.

What is the Real Mary Kings Close Edinburgh geography

As mentioned in the opening sentence Mary Kings Close is a street with houses that were buried under the Royal Exchange.

Imagine putting houses and shops on a very steep hill.

Now remove the roofs of these houses – level off.

Now put a platform on the top and build upon the houses without their roofs. That is one of the biggest hidden cellars you are likely to find.

And as I mentioned before, it was probably easier to remove the tops for the buildings and build upon them than to knock them down and build them again.

What is the Real Mary King’s close Edinburgh? – Short answer

The real Mary King’s Close in Edinburgh is a hidden street – a close. On the Royal Mile. It is now hidden beneath the Royal Exchange.

This website uses cookies to improve your experience while you navigate through the website. Out of these cookies, the cookies that are categorized as necessary are stored on your browser as they are essential for the working of basic functionalities of the website. We also use third-party cookies that help us analyze and understand how you use this website. These cookies will be stored in your browser only with your consent. You also have the option to opt-out of these cookies. But opting out of some of these cookies may have an effect on your browsing experience.
Necessary Always Enabled
Necessary cookies are absolutely essential for the website to function properly. This category only includes cookies that ensures basic functionalities and security features of the website. These cookies do not store any personal information.
Non-necessary
Any cookies that may not be particularly necessary for the website to function and is used specifically to collect user personal data via analytics, ads, other embedded contents are termed as non-necessary cookies. It is mandatory to procure user consent prior to running these cookies on your website.
SAVE & ACCEPT